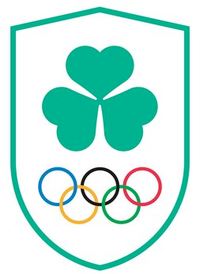 *All interviews on soundcloud*

The second edition of the European Games officially opens in Minsk today. The Games run from the 21-30 June, and Team Ireland will be represented by 63 athletes across nine sports, including many of the top names in Irish sport, such as boxer Kellie Harrington, cyclist Ryan Mullen and Canoe Sprint racer Jenny Egan.

Day one will be a quiet one for Ireland with Maeve Reidy being the sole Irish representative, competing in Archery. Three boxing events had originally been scheduled for the 21 June, but the strength and talent of the Team Ireland boxers has bought them several byes to later rounds.

Speaking ahead of the event Performance Director for boxing, Bernard Dunne, said,

“Everybody is happy. Preparations for this competition have been superb. We trained in Belfast for a few weeks, it was fantastic, and great preparation for our guys. We are ready, we are as prepared as we can be. Now it’s just a matter of going out and fighting. Our guys are eager to get in, we want to get some action. We have a couple of byes, but eventually we are going to have to fight the best. It doesn’t matter if we fight them tomorrow or in a few days time; we are ready and just want to show our best. That’s what our guys want to do.”

Archery will see Reidy compete in the preliminary rounds of the Women’s Recurve Individual at 11:15 Irish time. The results from today will provide the seeding for the 1/32 Elminiation Rounds on the 25 June for the Dubliner.

“In the Preliminary Rounds archers shoot 72 arrows, their score from these rounds will rank them one to forty eight, basically this will then give them a seeding which will see them compete in brackets, like you see in football or boxing. Archers then go head to head in five round matches, where they shoot three arrows in each match. At the end of the match the winner gets two points, loser gets zero points, and a draw gives you one point. The first person who reaches six points goes through to the next round.”

The Opening Ceremony takes place in the Dinamo Stadium tonight at 18:00 Irish time. Coverage of the European Games is on eir Sport for the duration of the Games, with previews and interviews with the Irish athletes featuring throughout the competition also.

The European Games take place in Minsk, Belarus, from the 21 – 30 June, with athletes competing across nine sports, five of which are part of the Tokyo 2020 qualification journey.

The Olympic Federation of Ireland will be sharing real-time updates, results and content from Minsk, Belarus across its social channels.

The OFI will issue a daily press release each morning including results, quotes from the athletes and backroom team, audio interview clips, and general updates from the European Games.

Eir Sport will be providing full coverage of the European Games, with live footage as well as highlight packages.

Sportsfile and Inpho Sports Photography will be travelling to the European Games and will be issuing photography.

Interviews with Team Ireland athletes, coaches and support staff may be facilitated where possible on request.